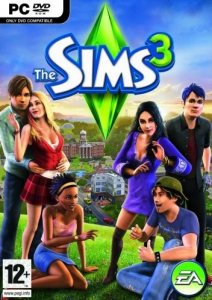 Anybody who has played The Sims 3 will tell you that it was a huge upgrade from its predecessor. While the game looked and felt about the same, save for the better graphics engine, there were a large number of new features added.

One of those features was with the neighbourhoods. Bicycles were added and the clocks through all of the game were always in sync. If you played the previous title, you may remember that the clocks would sometimes freeze if your Sim was in a particular area. Another fun addition to the atmosphere in your Sim’s neighbourhood was the introduction of “Story Progression.” When this mode was active, the AI took over and all kinds of random things could (and usually did) happen throughout the neighbourhood. I personally enjoyed this mode, although it did ruin a couple of my games. The fact that it was a little more like real life made me enjoy it. 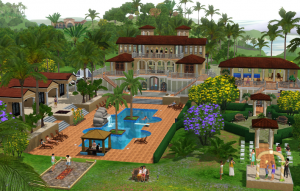 Another great thing about The Sims 3 is that the base game comes with many of the features that were from the expansion packs in the previous game, making it a fully featured game right off the bat.

As with all of the previous entries in the Sim franchise, The Sims 3 was showered with extra material. In fact, the extras kept rolling out for about four years after the first release of the game. There were expansion packs, Stuff packs, and downloadable worlds. Each of the downloadable items came with a pretty good amount of playable content.

This game was fantastic and it opened up a whole new range of possibilities for the franchise. They laid excellent groundwork for the now popular The Sims 4.