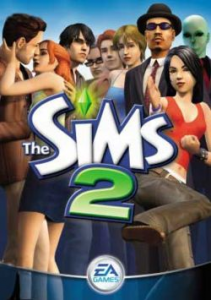 The Sims 2 was released in 2004, making it a four-year gap between the first release of the original game and the release of the sequel. Speaking in terms of technological and software development, that is a long enough time to make leaps and bounds. That is exactly what the developers did. They took the platform into a 3D environment and gave it a complete graphical overhaul, and added lots more depth to the gameplay. 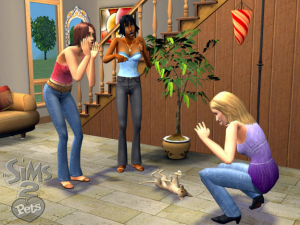 The gameplay in The Sims 2 saw significant improvement over the original game. The first thing that players probably noticed, besides the obvious improvement to the game engine and graphics capabilities, was that their characters had to pass through several different stages of life. The goal of The Sims 2 is basically to lead your Sim through his or her entire life.

The Aspirations system was also a new development that changed the game a lot. When the player created a new character or made a baby, they had to choose aspirations for that character. Different things would then happen to that character based on the chosen aspiration.

To make the Aspiration system work out well for the Sim, the player has to take care of the basic needs and desires of their Sim. If done successfully, their Sims’ Aspirations bars fill up and the aspiration that was chosen is rewarded to the Sim.

This new feature went a long way in individualizing the characters in the game – which was a great step ahead, because that is what people love about this series.

The lives of the Sims were also more complex in The Sims 2 compared to those in the original game. In this part of the franchise, days of the week were now very clear and each part of the week dictated what kinds of things could happen. That addition also went a long way to make the player feel as if his Sim universe was a little more real.

Of course, even with all of those new features, players needed more – and more is what they got.

The Sims 2 was already an amazing game, but there were a total of eight expansion packs and nine ‘stuff’ packs that added huge amounts of content and hours of extra gameplay to the title. The expansion packs offered extra gameplay and the Stuff packs added items such as clothes, new fashion, houses, cars, etc.

By the end of the lifecycle of The Sims 2, it was a clear that something truly incredible was on its way for the fans of the series. It was obvious that the company was not going to stop producing the games and that was part of what added to their success. The expectations for what would come next was intense for myself and everyone else who loved the game as much as me. Lucky for us, the next one was even better.