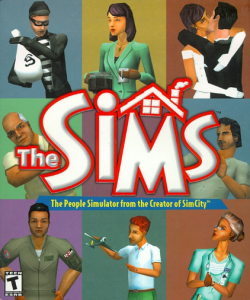 No Website about The Sims would be complete without a page dedicated to how the franchise all got started. The very first Sims game was entitled “The Sims.” It was a spin-off from another game called SimCity where players built and managed simulated cities (also a fantastic game). After seeing how much people enjoyed managing the lives of the populace within their simulated cities, the game’s developers had a great idea which was to bring the players to street level and allow them to control the lives of individual Sims. The idea was obviously a hit, and the rest, as they say, was history.

It featured many different aspects of life and gave the player complete control of their Sims’ lives. They saw their Sims through all of the stages of life while controlling the way that the Sims interacted with their world as they progressed.

When the game was first started up, the player was asked to create a character. After deciding on a name for that character, there were many different physical and personality choices to make regarding the overall character. If, by some chance, the player didn’t want to create one, there were a few pre-made ones to choose from. The system for either building a home or buying a house worked in much the same way as well. The biggest difference there is that once your Sim had made some money in game, he or she could opt for another, better house.

The Career and Personality Development 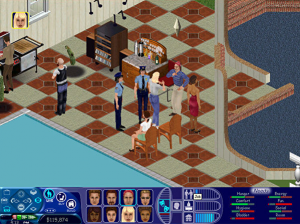 Once all of the basics were set up, a job needed to be chosen. There were ten different jobs to choose from which were being a criminal, a cop, a soldier, a businessman, a worker in the medical field, a politician, and athletes of different types. There were rules to succeeding in each of those jobs, and if the player followed them more or less the way they were laid out, they could find success for their Sims. Personal skills needed to be nurtured as well, which allowed the Sims to perform certain tasks better than others.

All of that made it possible to really add a sense of personality to their characters that hadn’t been felt in a game before this one came out.

The game was such a huge success that the developers ended up creating several expansions before deciding to create The Sims 2. These expansion packs were: Livin’ Large, Superstar, Hot Date, Vacation, House Party, Unleashed and Makin’ Magic.

The original game may have been pretty simplistic, but the idea was brilliant. People everywhere fell in love with the game and that devotion from the followers allowed the developers to continue making instalments of The Sims to this day. If you play any of the games in the series and enjoy yourself, I would encourage you to play the original to get an idea of how far the game has come.